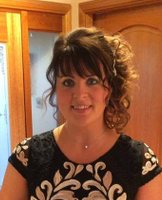 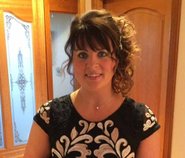 Member of the Association of Dance Freestyle Professionals (ADFP)

Qualified in 1994 as a teacher of freestyle dance, over 25 years teaching experience

Previously qualified with Scottish Gymnastics as:

Tracy danced freestyle from the age of 7 attending the Violet Sutherland School of Dance in Thurso.  This was a huge part of Tracy's life growing up and she strongly believes that dancing helped her keep fit as well as grow her confidence and widen her social circle of friends.

When Tracy was 16 she decided to train for her Associate Freestyle exam and in May 1994 sat the exam in Inverness achieving a grade of Highly Commended.

T's School of Dance was established in Thurso in 1994 when Tracy was 17 years old, at that time being one of the youngest freestyle teachers in the United Kingdom.

In 1998 Tracy sat her Membership Freestyle exam and Associate Rock'n'Roll exam achieving a grade of Highly Commended for both.

In 1999 Tracy decided it was time to broaden the horizons of the dance school.  T's School of Dance updated to the NRG Dance Troupe and the competitive circuit that her dancers competed in now included travelling all over England & Ireland.

The travelling was a huge disadvantage to the pupils but they took it all in their stride and travelled thousands of miles a year to compete against the best dancers from the UK, Ireland and Norway.

The combined dedication of teacher, pupils and parents enabled the pupils of the NRG Dance Troupe to become among the top freestyle dancers in the United Kingdom achieving success nationwide.

Competitive high lights over the years for Tracy's pupils were:

Dancer of the Year Champions

In 2007 Tracy decided she had to retire from freestyle teaching as she now had three children of her own under the age of 3 and could no longer commit the hours required to keep her pupils at the top of the freestyle circuit.  This was a very difficult decision to make but Tracy did her best by her pupils and helped anyone who still wished to dance find a new dance school.

In 1998 when Tracy achieved her Members Qualification in Freestyle & Associate Qualification in Rock'n'Roll she became a Championship Adjudicator.  Tracy judged all over the United Kingdom, Ireland and Norway becoming a regular on the judging panel at the most prestigious freestyle competitions.

During her teaching career Tracy was delighted to be asked many times to lecture in the UK, Ireland & Norway and thoroughly enjoyed the opportunity to work with dancers and teachers from other schools.

In 2019 Tracy made the decision to start teaching again and now runs classes in Thurso on a Wednesday in the British Legion.

During the time Tracy taught she is very proud to have trained 3 of her pupils for their Associate Freestyle Qualification.

Emma went on to teach with Tracy  at her Inverness classes before progressing to have her own dance school and is the principal teacher of  the very successful Prima Dance in Inverness.  Emma's pupils have achieved national success.

On occassion older pupils will help younger pupils with remembering their competitive routines during practice time or help out in class.  These older pupils do this on a voluntary basis and will never be left to teach a class.  Classes are only taught by fully qualified professional teachers who have the appropriate insurance in place. 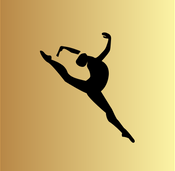